Google Cloud has recently launched Text-to-Speech which converts any text into human-like speech in more than 180 voices across 30+ languages and variants. 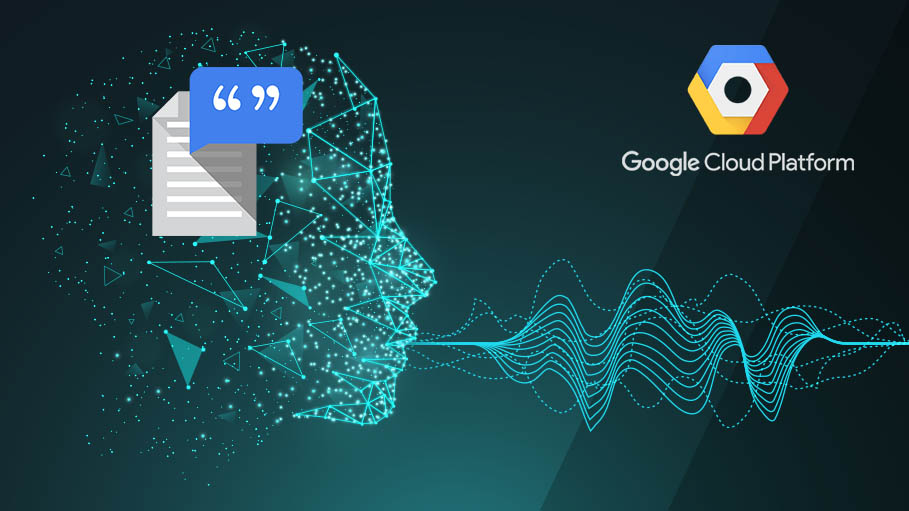 Google Cloud has recently launched Text-to-Speech which converts any text into human-like speech in more than 180 voices across 30+ languages and variants. Google's powerful neural networks can deliver the best and high-quality audio. Having an easy-to-use API( Application Programming Interface), you can create lifelike interactions with your users that transform your premium customer service, device interaction, and other applications. It is an algorithm that produces the voice in Google Assistant.

How to Convert your text to speech :

Step 1: Type what you want,

Google Cloud Text to speech Supports 180 voice recognitions and 30+ languages more recently, they are including more languages to make it more user-friendly.

The Exclusive multilingual access to DeepMind WaveNet (This is a deep generative model of a raw audio waveform. Wave Nets are able to generate speech which exactly mimics any human voice and which sounds more natural than the best existing Text-to-Speech systems).

Audio Format Flexibility: Freedom of choosing different audio formats including mp3, Linear16, and Ogg Opus, which makes it more flexible to use.

Customize your speech with SSML tags ( What is SSML Tags: Speech Synthesis Markup Language While returning a response to the Google Assistant, we can use a subset of the Speech Synthesis Markup Language (SSML)  By using SSML, you can make your agent's responses more like natural speech.)  that allows you to add pauses, numbers, date and time formatting, and other pronunciation instructions.

Optimization option is available for the type of speakers from which your speech is intended to play, such as 1) headphones 2)  phone lines, etc

Pitch Tuning: You can customize the pitch of the selected voice up to 20 Semitones

Sum: Google Cloud has recently launched Text-to-Speech which converts any text into human-like speech in more than 180 voices across 30+ languages and variants.